Colorful items in the Anniversary Update

Rewards for competing in the Arena!

The Anniversary Update is here!

As more information comes out about the next two major updates, we'll update this post.

Pages dedicated to each update will be up soon.

The Shrouded Spoils update focuses on existing content and quality of life changes. It adds some much requested improvements and additions to the game.

Shrouded Spoils will be released "at the end of November".

A new focused PvP game mode, separate from the regular "Adventure" mode. You'll choose which mode you want to play in before loading into the game. 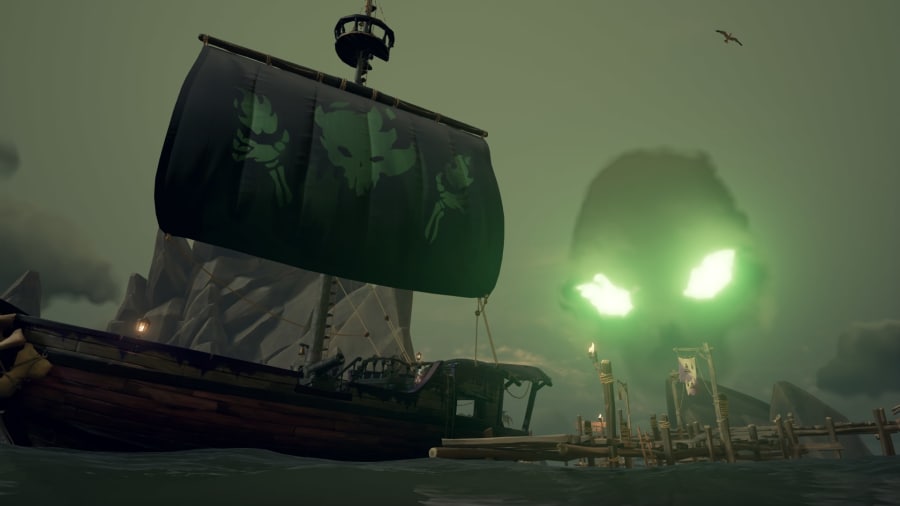 It's Halloween and the Festival of the Damned has come to the Sea of Thieves!

This spooky event includes some new time-limited cosmetics, makeup customization and many bug fixes and improvements.

If you want to see the new time-limited items, you can see them here

Festival of the Damned event

Celebrate the Ferryman in this new festival.

On the Ferry of the Damned, the Well of Fates has been revealed. It produces a different coloured light depending on the way your pirate has perished. Use your lantern to capture the flame so you can take it back to the land of the living.

There are many small fixes in this patch, these are some of the most important.

Festival of the Damned coming on 31st October 2018

Festival of the Damned is the next Bilge Rat Adventure. It will be released on 31st October 2018.

What is the Festival of the Damned?

We don't know much, but we learned from NYCC that it's a festival celebrating the Ferryman on the Ferry of the Damned.

It sounds like it will be a small event with lots of dying involved that brings everyone together on the Ferry.

When will it be released?

The Festival of the Damned will be released on 31st October 2018. This will bring the Forsaken Shores campaign to an end, meaning you will no longer be able to buy Forsaken Ashes Weapons and Ship items.

Cargo Runs are a new type of voyage for the Merchant Alliance. Read more about them here.